Félix Blume is a sound artist and engineer who also creates videos, installations and works for broadcast.

Félix Blume (b. 1984, France) studied sound in Toulouse and at the famous Institut national supérieur des Arts du Spectacle (INSAS) in Brussels. He has mainly worked as a sound engineer for independently produced documentaries and with video artists. He records sounds on his travels and shares them on the internet, mainly using Freesound and Soundcloud.

Blume currently lives and works in both Mexico and France. His work is focused on listening, and it invites us to live sonic experiences that bring about a different perception of the surroundings. He often works collaboratively with communities, using the public space as a context within which he explores and presents his works. He is interested in myths and interpretations, in human dialogue in both inhabited natural and urban contexts, and in what voices can say, going beyond words.

Blume’s sound works have been broadcast on the radio around the world and exhibited in places such as the Centre Pompidou and the Musée d’Orsay (Paris). He was awarded the Soundscape prize for his last video work Curupira: Creature of the Woods and the Pierre Schaeffer prize for his work Los Gritos de México at Phonurgia Nova.

In 2018, Blume created a site-specific sound installation entitled Rumors from the Sea, composed of a hundred of bamboo flutes, on the coast of Krabi, a work commissioned for the Thailand Biennale. He has participated in international festivals and exhibitions, such as LOOP and CCCB in Barcelona (2015), Tsonami Arte Sonoro Chile (2015, 2018), Fonoteca Nacional Mexico (2016), Ex Teresa Mexico (2016), CENTEX Chile (2017), CTM Berlin (2017), Belluard Festival (2018), Arts Santa Monica Barcelona (2018) and Thailand Biennale (2018), among others. His recordings, sonic postcards and soundscapes have been broadcast on ARTE Radio, Phaune Radio, Radio Grenouille, and Kunst Radio.

Félix Blume will present a selection of 3 projects from his recent work during VALS (Visiting Artist and Lecture Series) in Prague College on February 28, 6pm in Bishop's court.

Félix will have also one day long masterclass on March 1 in FAMU (more information here). (registration is needed through zvukac{et]centrum.cz)

Félix Blume will screen a selection of his films at the Cinema Ponrepo on 4 March, 2019, including his latest Curupira: Creature of the Woods.

Curupira: Creature of the Woods / Fevers: Films by Félix Blume and Adrien Lecouturier 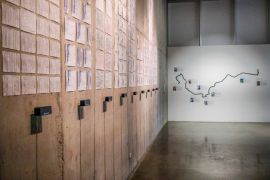 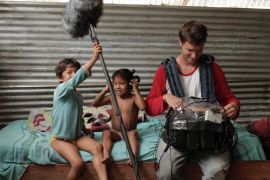 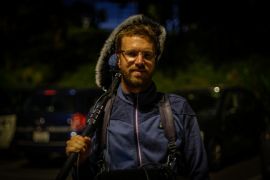 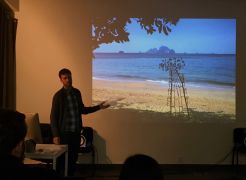 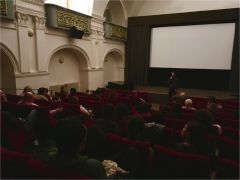