The hunt for white gold at the remotest edge of Siberia reveals a scenario of the future that may well turn our world upside down.

On the remote New Siberian Islands in the Arctic Ocean, hunters are searching for the tusks of extinct mammoths. There is a gold rush fever in the air. The price for white gold has never been so high. The thawing permafrost not only releases precious ivory. The tusk hunters find a surprisingly well-preserved mammoth carcass. Such finds are magnets for high-tech genetic scientists. They want to bring the extinct woolly mammoth back to life, like in Jurassic Park. Resurrecting the mammoth is an early manifestation of the next great technological revolution. Man becomes Creator.

Genesis 2.0 is a film about the secrets and mysteries hidden within nature and the fundamental difference between all of creation and the role of man within it.

Before the screening, there will be a public discussion (in Czech) beginning at 6 PM at Náprstkovo Museum on the issues raised by the film. Participants: Prof. RNDr. Jaroslav Flegr, CSc., doc. RNDr. David Hořák, Ph.D., and Mgr. Marek “Orko” Vácha, Ph.D.

“Genesis 2.0 deals with legends, myths and taboos and confronts us with our own fear of an unknown future,” says Frei. The Swiss filmmaker was nominated for an Academy Award with 2001’s War Photographer and won the World Cinema Directing Award at Sundance with 2009’s Space Tourists.

“Russian director and cinematographer Arbugaev made his directorial debut with 2014’s The Hunters. He says, “Hunters are the native people of the North, who practice shamanism and believe in spirits of nature. They are very careful and superstitious in their approach to these uninhabited islands. … We see the Arctic as a living creature of its own with mighty incomprehensible powers.” 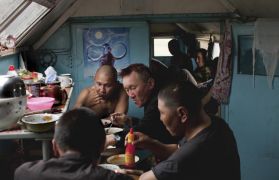 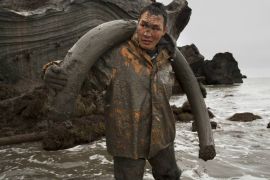 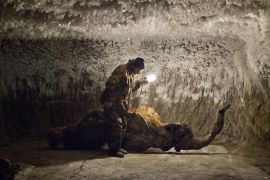 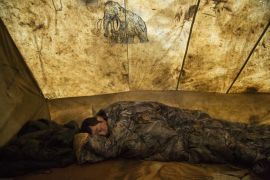 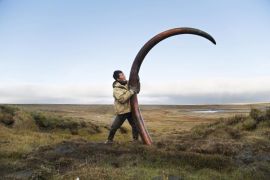