The main topic of Pavlic’s research is Czech experimental and Eastern European visual poetry. She is interested in the “boundaries of art” in theory and practice, and points out in them the places where literature, art and philosophy are inextricably linked and influenced.

During her creative stay at the Agosto Foundation, Pavlic will research the personality and work of graphic artist and painter Vladimír Boudník, looking at “explosionism,” the artistic direction he has created, which still influences the work of many authors.

In her research, Pavlic also focuses on Czech-Croatian relations in the spheres of art and culture. She examines the direct influences that Czech artists have had on Croatian painters, sculptors, architects and writers who worked mainly in Zagreb, but also elsewhere in Croatia. In addition, Croatian artists who studied and worked in the Czech Republic, especially in Prague, are also part of her study. The mapping of mutual relations serves to reveal a continuity of social relations, as well as the interconnections between two similar cultural identities.

Mateja Pavlic obtained an MA in Art history, Czech language and Literature and a BA in Philosophy at the Faculty of Arts of the University in Zagreb, and she continued her education at Charles University in Prague. As curator and cultural manager, Pavlic works in organizations oriented toward independent culture, and galleries focused on contemporary art practice, new intermedia formats and interdisciplinary approaches. 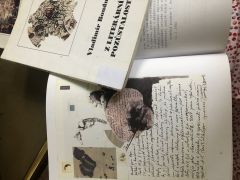 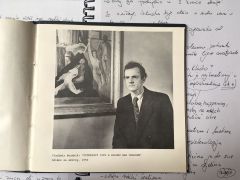