The residency in Plasy allowed me to perceive and study the genius of architect Jan Blazej Santini-Aichel. The area in Plasy and other architect's nearby buildings were a powerful source of inspiration.
At the residence I created a large crystal, which was created as a penetration of the granary floors. His perception was enhanced by moving up the stairs. The crystal grew through three floors and accentuated this architecture.
Miloslav Fekar, 1998

Czech sculptor Miloslav Fekar (1973, Hranice na Moravě) lives and works at Bezměrov u Kroměříže. At the Academy of Fine Arts in Prague he joined the studio of sculpture school II in 1992. led by Hugo Demartini. Here he focused on topics - landscape work, reactions to the environment, spatial concepts solved using geometry.

Then he moved to the studio of figurative sculpture to Jan Hendrych, where he studied modeling of figures, heads and reliefs of natural figuration. He thought about the ideal involvement of the statue in today's architecture and landscape. He finished his bachelor's degree in the sculpture studio, this time led by Jindřich Zeithammel. He graduated with realizations such as "Gazebo for One Man" or "Temple in Stromovka".

He earned his master's degree at the Faculty of Fine Arts at the Brno University of Technology in the Sculpture Studio led by Vladimír Preclík. He focused on spatial variable objects-sculptures.

In 1996, Fekar began his Master's studies at the Academy of Performing Arts in Prague at the Department of Alternative and Puppet Theater in the field of scenography. Under the leadership of Miroslav Melena and Pavel Kalfus, he tried to connect some of his large objects with the element of theater, dance and music.

Miloslav Fekar exhibited at many solo and collective exhibitions. He has completed several sculptures. He is the author of many projects and realizations for public space, for example for the ecological center Sluňákov, or for the Park Belveder in Zbraslav.

Residences and Events 1998: Center for Metamedia
Open Day: Ice Celebration: Exhibition by the Residents and Festival 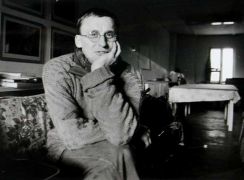 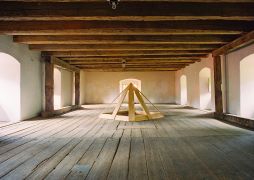 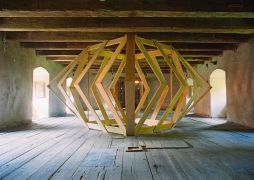 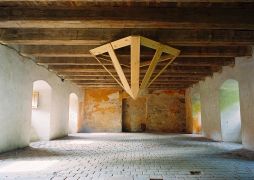 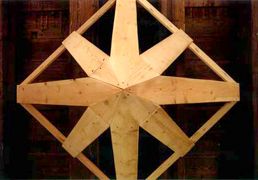 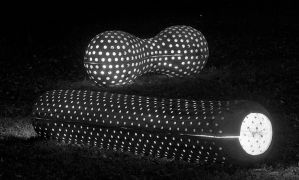 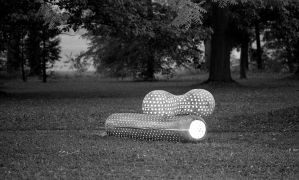