You are cordially invited to the next event of the Bio Troja program in the gardens of Troja Château. This time, the focus is on the subject of art, entomology, and the mysterious world of moths, butterflies, and beetles.

Jaroslav Mugrauer is a musician and teacher of the African stringed instrument known as the kora. He has performed with various bands since the 1990s, including The Ecstasy of Saint Theresa, Čina, and OTK, but besides his work as a percussionist he has recently been studying and teaching the musical instruments of West Africa, in particular the kora. Mugrauer has studied with musicians such as Sekou Kouyate, Ablaye Cissoko, Toumani Diabate, and Ballake Sissoko. In 2018 in order to improve his knowledge, he visited the Gambia, where he studied under Jali Alagie Mbaye, vice president of the Musicians’ Union of the Gambia (see: www.koramugrauer.com).

Michal Kindernay is interested in acoustic pollution in the (urban) landscape and the impacts of human activities on nature, which he transforms into audiovisual installations. Ecologist Barbora Chmelová’s specializations are tropical agriculture and climate change, with a focus on the relationship between these two fields and their impact on social and global issues. Tomáš Vendl is an entomologist at the Research Institute of Plant Production.

The tour of Silent Labyrinth in the gardens lets visitors explore the kinds of sounds that are made by various insect species. At 7 PM, there will be an audio tour with entomologist Tomáš Vendl, who will share his knowledge about how and where various insects live and what makes them important for people. Climate change, pesticides, and monoculture farming are considered some of the causes of the decline in biodiversity, including the disappearance of insects in the urban and agricultural landscape.

Ecological and entomological studies as well as anecdotal evidence show a disturbing decline in the numbers of many insect species, while others such as the bark beetle are spreading because of increased temperatures and dry weather. Collecting beetles and butterflies is no longer a common hobby, and many species are encountered only rarely. For these reasons, butterfly-lovers have set aside their jars of ether and pins, and instead set out to capture butterflies using a camera or other recording device. Not all expeditions travel to faraway, exotic countries – some also explore our own cities. Fans of nighttime moths can observe these creatures with expert commentary and a demonstration of techniques for attracting moths to artificial light.

“Several years ago, I was exposed to the world of the moths that fly into my window at night in a small village in western Bohemia. I am fascinated by their colors, wing patterns, and the fragile structure of their bodies. They have become a deep passion of mine, and so I go on nighttime expeditions to the surrounding forests and meadows, trying to capture their fragile beauty with my camera in order to show our connection with this immensely picturesque, vulnerable, and silent world.” (Marie Steinerová)

Ing. Jan Šumpich is an established entomologist, working in the National Museum in Prague.

The program is part of the festival Přechodné zóny - a series of sound events at various locations in Prague, consists of performances, temporary sound installations, sound walks or other  interventions in the sonic space of Prague (see: prechodnezony.blogspot.com).

Admission is free of charge, but registration is required: rezervace@ghmp.cz.

This event is organized by the Prague City Gallery in collaboration with the Entomology Dept. of the National Museum, The Agosto Foundation and Association MLOK. 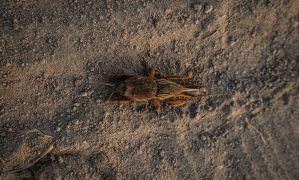 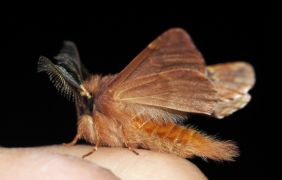