Anamaria Pravicencu, Romanian sound artist and cultural organizer, will be taking part in a number of events during her upcoming residency in Prague.

April 25, 6pm, OGV, Jihlava
The first listening evening Anamaria prepares for IGLOO - sound gallery existing for three years in The Vysočina Regional Gallery. The theme is today’s Romanian country side, idyllic as it was a century ago, with animal markets in the middle of the fields, chariots pulled by horses, flocks of sheep blocking the traffic, cows returning home by themselves, kids playing in the dust of the street till late in the summer nights, dogs barking, birds. During the summer almost everywhere outside the cities the singing of a cock will dissipate the early down silence. A selection of composed field recording pieces will be curated by Anamaria Pravicencu.

April 27, 7:30pm, Žižkostel, Microfestival, Prague
Anamaria Pravicencu will perform in Prague Microfestival, annual Prague showcase  of contemporary experimental production of literature exceeding to visual art and performance. She will introduce a poem freely read in a dialogue of voices accompanied by a flow of improvised music and field recording, a poem composed out of flying words from a round table about the transformation of the mother tongue while changing the residence or the country, a sound piece composed by a performing poet and other sonic poems. A listening session with sounds in one ear and words in the other is curated by Anamaria Pravicencu.

24 May - concert  and listening session in Pardubice
Another performance will take place in the Gallery of city Pardubice. The sound of drawing, as percussion with continuous sounds. Its visual potential retained in between words and the spectral development of a voice sounding like a cello sounding like a double bass with attacks of knocked grounds similar with the paper vibration while drawing with heavy charcoal on slow thick lines, percussive and soft, like a bark and a whisper in the same voice.

Anamaria Pravicencu studied drawing and sculpture, with an interest for sound installation. Since 2006 she’s in charge with the artistic direction of Jumătatea plină, promoting sonic and musical experiment (Sâmbăta sonoră) through constant and distinct programs. She is the curator of the Semi Silent portfolio and she keeps producing sound work. 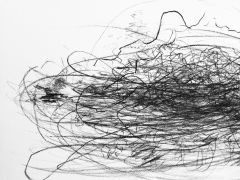 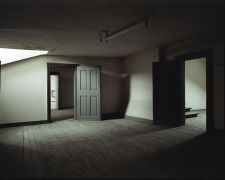