The film invites you on a journey around the area that once used to be sea. Nearly twice as large as Switzerland, the Aral Sea was still among the four largest seas on the planet in 1960. Unfortunately, an over-reliance on its tributaries, the Amu Darya and Syr Darya, for agriculture has dried it up. In fact, this is exactly what the plans made in the former USSR had predicted, since the resulting marshes were to be used for rice culture. Now only 17,000 km², the Aral Sea is but a big pond. The boats that had previously played an important role in the region’s economic prosperity now lie still in the sand like beached whales. The desert of salt that has replaced it is a hostile, unusable land. And yet not everybody has given up – fishermen, farmers, biologists, and even a few pirates still believe the sea can rise again. They all fight for a better tomorrow. (Source: Syndicado)

This observational documentary examines the disappearance of the Aral Sea and attempts at its restoration. At the location where the majority of maps and atlases show a large, majestic body of water, Katerina Suvorova finds only a largish pond and an arid wasteland, filled with the rusting remnants of wrecks waiting for scrap metal collectors. Shots of the enigmatic landscape, consisting of endless expanses of sand and dust, are alternated with captivating details. Just as fascinating is the strong will and faith of the people who have stayed in this inhospitable environment, such as old gardener, fishermen, and a hydrobiologist. They hope that the sea will return, they are fighting to save it, and they all hope for a better tomorrow. (Source: Jihlava IDFF)

I see people of the Aral region as a collective image of the last survivors on Earth. Their stories prove that even when the last shuttle abandons our racked planet, there will be people who stay and prefer correction of errors of the past to uncertainty of the future.

The filmmaker endeavours to look sympathetically at the little, seemingly unimportant details she stumbles upon during her investigation, and that can all be seen as the buds of a plant which is striving to be reborn. Just like Gianfranco Rosi’s acclaimed documentary “Sacro GRA”, Suvorova’s film is all about conveying meaning through specific settings – a break at work between colleagues, a chimney that doesn’t fit through the gate, or even the tanned and wrinkled face of a farmer. In the end, Eugen Schlegel’s mesmerizing camera work reveals that the beauty of life can be found beneath each and every stone we choose to turn.

Katerina Suvorova (1983) is a Kazakh director and screenwriter who also works in Moscow and Stockholm. She likes to combine documentary elements with animation, and also experiments with sound and noises. She has made several short documentaries that have been successfully presented at international festivals. As a screenwriter, she worked on the Mediastan (2014). Sea Tomorrow is her feature-length film debut. (Source: Jihlava IDFF) 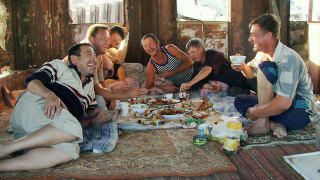 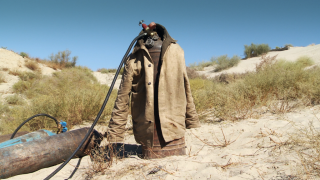 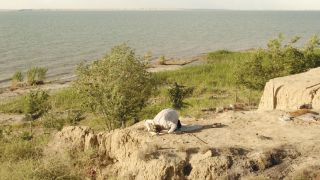 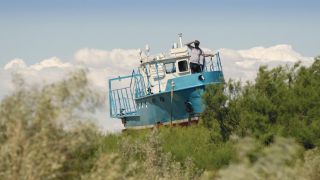 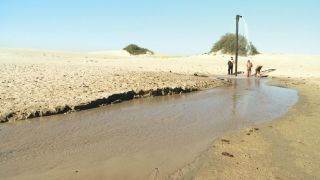 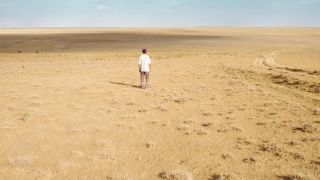 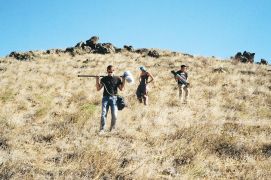 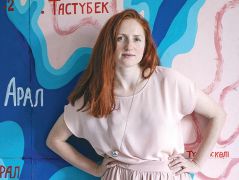