Tomáš Ruller: Three in One

"The forms of presentation correspond to the mannerisms of the times, the link with the Rudolphinian tradition is essential.
Thus – elementary demonstration – still
Meantime – a mirror’s shattering – filling the temple's emptiness
On-to-logical touches It (which changes and lasts)
to see – to will – to dare – to be silent"

Tomáš Ruller structured his contribution to the festival in three sections, leading the group to different locations of the convent:

1. Hommage to J.B. Santini consisted of an alchemical process of meeting of the elements of fire and water (burning spirit on the surface of a water basin on the convent's ground floor).
2 Hommage to Franz Xaver Messerschmidt: Performance in the chapel of St. Benedict with a small hand-held mirror, Ruller mimmicking the extreme facial expressions of Messerschmidt's sculptures.
3. Hommage to Athanasius Kircher consisted of inviting the visitors to the dark, desolated part of the convent in the basement and breaking in a blocked door with an iron crowbar, opening the hidden "shelter" under the floor.

Hermetism and alchemy were an important inspiration of Ruller's work during the 90s.

Tomáš Ruller (born 1957 in Brno) is a Czech visual artist and performer. He graduated in 1982 from Akademie výtvarných umění, Prague (Department of Sculpture) and devotes his efforts to creating in real space and time. He puts together multimedia performances, installations, videos, architectural realisations and travelling theatrical shows. The first phase of his work falls into the era of the Communist regime, when he often came into conflict with government authorities and was forced to realize his projects in unofficial spaces.
He studied classic sculpture, which at the time was the only official option for realizing artistic works in 3D space. However, his works were otherwise quite removed from this traditional field. He became acquainted with current trends in Western art, whose artistic creations he often understood not to be as the production of artefacts, but rather as a time-space, mental event.
The piece’s message comes from its incompleteness, its fragmentation and its scenic qualities. The artist uses similar methods elsewhere. He gradually begins to test technical media, photographs, and video. These resources serve not only for recording, but he also uses them during the events themselves. The medium’s timing is also important.
The author is, as a rule, the promoter of his own events (in the spirit of body art). His messages can appear to be timely, perhaps even political, but they mainly concern basic questions of an ontological nature. It is in this way that Ruller’s creations call to mind alchemic or cabbalist concepts.
Václav Hájek, taken from the web (edited)
http://www.artlist.cz/en/tomas-ruller

www.ruller.cz
Tomáš Ruller: Three in One situ-action from Agosto Foundation 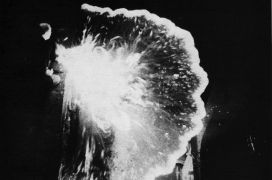 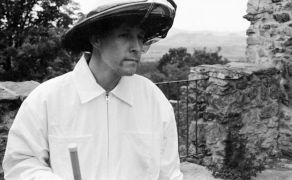