An Interview with Praed

Our video series continues with this interview with Praed, a duo (Raed Yassin and Paed Conca) who improvise with music influenced by everything from Egyptian pop, free jazz, and elecronics.

The Swiss clarinetist, bassist and composer Paed Conca was born in 1967 in Bern. He has been musically active in since 1989 and, apart from working on numerous projects and groups, he composes music for theater, film and dance performance. A key point in his career was his membership in the international group Blast from 1998 – 2010, where he also worked on many affiliated side projects (some of the central musicians were also the Dutch artists Dirk Bruinsma and Frank Crijns, or the Italian Fabrizio Spera). Among his seminal later projects is the composition Porta Chiusa whose first part was composed in late 2009 and early 2010, and on which he collaborated with clarinetists Michael Thieke and Hans Koch. They performed in this ensemble at the vs. Interpretation festival in 2016.

The Lebanese bassist, keyboard player, maker, singer, visual artist, curator, publisher and publicist, Raed Yassin, was born in 1979 in Beirut. In 2003 he graduated from the theater department at the Institute of Fine Arts. He presents his works in museums, exhibitions, festivals and various places around Europe, the Middle East, the United States and Japan. He plays upright bass in the “A”Trio ensemble where he plays with Mazen Kerbaj on trumpet and Sharif Sehnaoui on guitar. At the vs. Interpretation festival he performed his composition for upright bass which was accompanied by a performance of Buto by the Czech-based Pasi Mäkelä, who is originally from Finland.

Both these musicians joined forces for the 2006 duo Praed whose music combines Arabian pop music (Shaabi foremost), free jazz, space jazz, electronica and psychedelia. They also perform in an extended ensemble, Praed+, which includes a horn section. The most well-known musicians of this extended group are Axel Dörner on trumpet, or trombonist Johannes Bauer, saxophonist Stéphane Rives, or clarinetist Hans Koch. Koch also performed with the band at the vs. Interpretation festival 2016 where their roster included the Czech saxophonist Marcel Bárta, trombonist Jan Jirucha and clarinetist/saxophonist Pavel Zlámal. 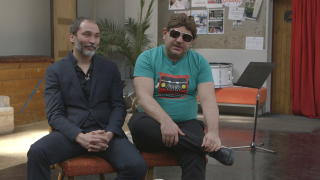 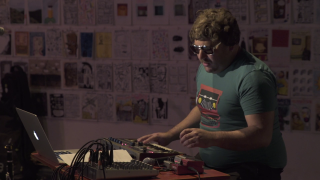 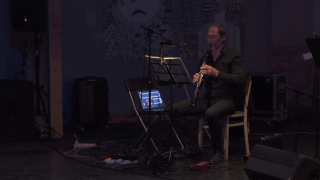 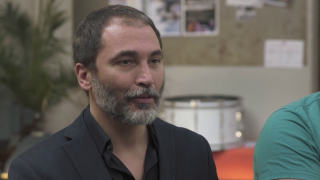 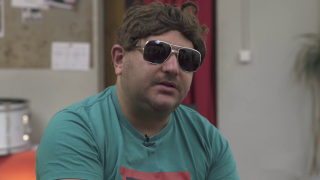 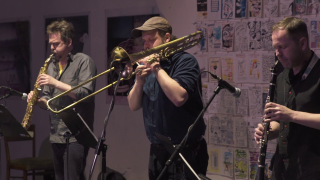 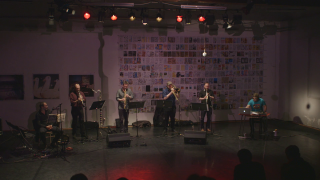 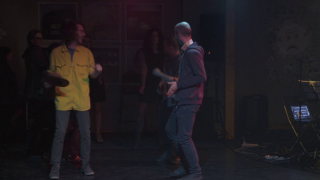