An Interview with Ute Wassermann

Our second in a series of video interviews made during the festival is with vocalist and performer Ute Wassermann, who performed with Les Femmes Savantes, Julyen Hamilton, Andrea Parkins, George Cremaschi and others.

In the upcoming months we will be offering a continuation of this series, featuring the following artists who also appeared at the festival: Bob Ostertag, Hans Van Koolwijk, Praed, Christof Kurzmann, Lê Quan Ninh, Christine Abdelnour, Phil Minton and Sarah Washington.

Ute Wasserman was born in 1960 in South Germany, although she spent her school years in Kiel on the Baltic seaside. Her mother was a painter who later began to create installations with projections and sound. At first, Wasserman followed in her mother’s footsteps, studying visual arts in Hamburg with a focus on sound installation and performance. Later, Wasserman also studied classical singing in San Diego and then again in Hamburg.

Wasserman became involved in free improvisation, through which she discovered extended vocal techniques. This in turn led her to collaborate with many musicians in the fields of artistic and classical music. Today she is known for her multi-layered vocal musical language, featuring a variety of whistles and objects. The British electronic composer Richard Barrett is among Wasserman's many well-known collaborators, perhaps represented best in their CD The Pollen (2007). Barrett also invited Wasserman to play in an extended lineup of his group Furt and its orchestral variant, Forch. It was there that Wasserman met the British vocal experimenter Phil Minton, with whom she continues to work. The quartet Speak Easy, also featuring the drummer Martin Blume and analog synthesizer player Thomas Lehn, is one of these formations. Also noteworthy is Wasserman's collaboration with the trumpetist Birgit Ulher, whose breath blasts and work with radios, microphones, and various other objects, resonate well with Wasserman's whispers and cries.

Since 2005, Wasserman has been a member of the group Les Femmes Savantes, first assembled by the Argentinean composer Anna-Maria Rodriquez. The group, which also features Andrea Neumann, Sabine Ercklentz and Hanna Hartman, performed in Prague in 2016 at the vs. Interpretation Festival. During this time Wasserman also took part in an improvisational dance piece under the direction of, and choreographed by, Julyen Hamilton, which also included the work of the sound artist Andrea Parkins.

The trio parak.eets is a more recent project of Wasserman, which includes Richard Scott, playing on modular synthesizers, and the vibraphonist and percussionist Emilio Gordoa, who accompany her vocals and “bird calls.” Wasserman has also interprets contemporary classical music, and various composers have written pieces especially for her (Chaya Chernowin, Henning Christiansen, Hans Joachim Hespos). In addition, Wasserman has also sung pieces written by John Cage and Luciano Berio. Wasserman has recently returned to connecting vocal expression with visuals, as shown in the project voiceXtensions, using lighting designed by the percussionist Michael Vorfeld.

Among Wasserman’s solo projects is the CD Birdtalking (2006) in the booklet of which Richard Barrett compares Wasserman’s work to various types of calligraphy where the voice inscribes itself in space and time. Barett also observes that Wasserman’s vocal techniques come out of various traditions of yodeling and throat singing while managing to avoid being stereotypical. Instead, Wasserman’s form of expression is all her own, based neither on jazz nor classical music while reflecting both. 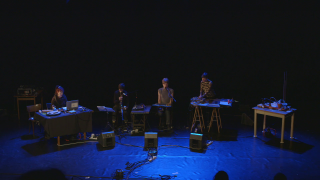 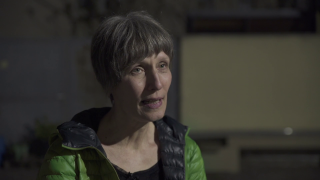 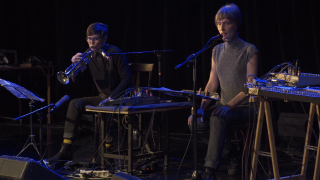 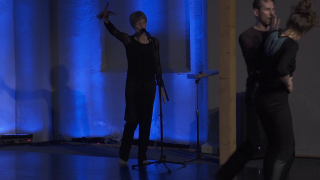