Bob Ostertag, a musician, performer, and publicist, was born in 1957 in Albuquerque, New Mexico. He graduated from the Oberlin College and Conservatory in Ohio, famous for its openness to new technologies and approaches. In 1976, during his studies at Oberlin, Ostertag formed the improvisation ensemble Fall Mountain with his fellow schoolmate, the saxophonist Ned Rothenberg, and the violinist Jim Katzin. The ensemble, in which Ostertag played electronic keyboard, released the album Early Fall in 1979.

That year, Ostertag moved to New York, where he became friends with John Zorn and Fred Frith. With Zorn, Ostertag recorded the album Attention Span. Meanwhile, Ostertag and Frith released the album Getting a Head, together with Charles Noyes, and Voice of America, featuring Phil Minton, which has been called a “recording about rage” by Ostertag himself, and clearly defines his worldview.

In 1980 Ostertag travelled to Nicaragua to record local musicians for Rift Records, a record label he cofounded with Frith, to benefit the revolutionary cause. However, Ostertag departed from this original plan and fell into the role of a political organizer, publicist, and expert on guerilla warfare in Central America. After about ten years, Ostertag rejoined Frith in the band Keep the Dog, playing songs in the style of the Rock in Opposition (RIO) movement from the previous fifteen years.

In the 1990s, Ostertag recorded the album All the Rage with the Kronos Quartet. This recording, which made use of sounds from a gay and lesbian demonstration in San Francisco, saw Ostertag concerned once again with a sociopolitical subject matter. Shrill screams, shattering windows, and the sounds of whistles being blown play a prominent role in the recording.

During this time Ostertag also began to explore sampling with the group Say No More (Phil Minton, Mark Dresser, Joey Baron, and later Gerry Hemingway), using fragments of recordings to create compositions. Ostertag also used this technique in the project Book of Hours. At the time of its founding in 2012, the project featured the vocalist Shelley Hirsch, Phil Minton, Theo Bleckmann and the saxophonist Roscoe Mitchell.

In the new millenium Ostertag released a series of recordings dedicated to the Buchla, Aalto, and Serge synthesziers. Ostertag has also worked with the animator Pierre Hébert, producing a series of multimedia works, including the DVD Living Cinema presents Between Science and Garbage. Since 2007, Ostertag has been making his work public in download form. He is also the author of a series of essays about music, politics, and technology.

In 2015, he set out on a world tour, which he completed, after some 14 months on the road, in April 2016 at the vs. Interpretation Festival in Prague. The latest available download, Wish You Were Here, includes samples from various concerts performed during this tour. 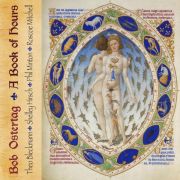 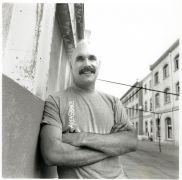