The series of black-and-white photographs titled “Everyday Celebrations” represents a ten-year cross-section of several documentary projects undertaken in the Czech Republic. Daniel Šperl captures in his photographs enduring, widely held human values such as love, happiness, despondence, loneliness, fear and hope. People for the most part perceive these emotions the same way, regardless of history or the passage of time, even of several generations. Yet each photograph carries its own story, and the attentive viewer still has room for his or her own fantasy in looking at them.

Alena Dvořáková (1970) and Viktor Fischer (1967) are graduates of Photography Department, Film and TV School of the Academy of Performing Arts in Prague. They have been working together on photographic projects since 1992. They gradually stopped authorizing photographs and publish and present their work in exhibitions as joint authors. Their work focuses on new methods of expressing humanitarian content. They use visual symbols and shortcuts in a way that attracts the recipients of their message in the form of a modern photographic documentary but at the same time leaving enough room for the viewer’s imagination. They organised dozens of author’s exhibitions and participated in numerous joint exhibitions and photographic projects. They focus on humanitarian photography and act as curators of photographic exhibitions in this field. Alena and Viktor are joint holders of numerous awards and grants.

Jindřich Štreit (born 1946) is one of the most important Czech socio-documentary photographers. In his early works he created collections with Roma (gypsy) motifs and also using the stage area of the Olomouc Theatre. One can consider the most important contribution of his works to be his imaging of villages, private life, and interpersonal relationships. In the 1980s he was able to capture the collectivist socialist village during the time of Socialist Realism in several towns where he lived. He expressed the feelings of the time and furthermore added thereto a personalised artistic statement on the human condition. Even at the very beginning of his systematic interest in villages, Štreit shows a characteristic interest in certain motifs, which had earlier been the subject of independent series: interpersonal contact, cigarettes, alcohol, meetings, elections, television, children, farm animals and pets. Headlines, posters and t-shirt prints all bear his important storylines. Numerous motifs also refer to his drawing from traditions in a range of villages. Destruction, loss of cultural values and rupture of traditional village ties are all omnipresent.

Besides this he ran the gallery in Sovinec, beginning in 1974. There he prepared exhibits for children featuring the works of top artists. A number of these became subject to public bans. Since 1997 he has prepared programmes for the Chapel Gallery (Galerie V kapli) in Bruntál, but he also plans exhibits in a number of other towns (Šternberk, Bludov, Moravský Beroun, and at the Sovinec Castle).

He elaborates motifs that he had already taken notice of in the 1980s. However, instead of expressions of the Communist ideology of the day, he follows new, trendy icons. He also works on a number of other thematically-focused collections (The Women’s Prison in Pardubice/Ženská věznice Pardubice, Břevnov Monastery/Břevnovský klašter, The People of Olomouc County/Lidé olomouckého okresu, The Mikulov Area/Mikulovsko, and The Path to Freedom/Cesta k svobodě). At the Institute of Creative Photography of the Philosophical-Natural Sciences Faculty at the Silesian University in Opava he provides artistic leadership for a number of student photographic projects (People of the Hlučín Area in the 1920s/Lidé Hlučínska devadesátých let 20. století, Our World /Náš svět, Zlín and Its People/Zlín a jeho lidé, and recently Opava at the Threshold of a New Millennium. 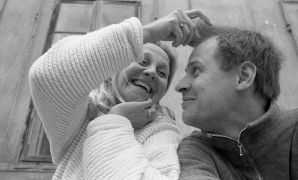 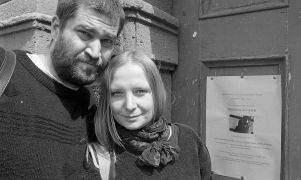 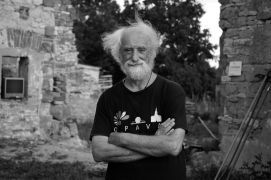