Working together for a More Vibrant Liberec

Liberec might perhaps be best known as “that city under Ještěd,” but it is so much more than that. The recent renovation by Oblastní Galerie of the local spa is one of many events taking place there at the moment.

It is, for instance, also the seat of the legendary Fryč Book Store (which also carries used titles). The group calling themselves Zachraňme Kino Varšava (Let’s Save Varšava Cinema) is now renovating the oldest cinema in the town. And for the past year, Liberec may boast that it is also the home of KultiVAR, an initiative founded and directed by Klára Altová.

We met with Klára one November day near the city center, at KultiVAR’s headquarters situated just next to the river. The building is a medium-sized industrial hall with a number of connected spaces and rooms on the first and second floors whose decor is both stylish and comfortable. Altová’s three-month-old son was asleep in his pram as she relates her excitement to me about the project: “I have been dreaming about this for a long time, and actively planning it for maybe eight to ten years. Since we found such a big building, the individual parts of the whole conception just started to gel naturally.” The initial idea was for a co-working project. It was not the intention for KultiVAR to consist only of shared offices. It was felt that a space for brainstorming new concepts was also needed.

The program has focused on craft workshops, and these craftsmen are now integral to the space, such as Wooden Land, who make wooden wristwaches Workshops for the general public are very popular, but unfortunately also demand a lot of time to set up. In them, people learn to make shoes, cosmetics, hand-made paper, and there are also plans for furniture upholstery and repair. The couches on which we were sitting were borrowed from the Liberec-based group Tvoříme z palet (We Create From Pallets), who were teaching people how to make their own birdhouses. And Klára would also like to have her own work space here, as she herself does glasswork.

KultiVAR wants to support and advertise artists from the Liberec region by organizing workshops with them, documenting them on video, and inviting them to thematic discussions on various crafts. In the future, they would also like to help them attract new customers. Their works are for sale directly in the space, such as Jan Schindler’s glassware, reFABRIC clothes, or Papyrea notebooks. The works of graphic artist and animator Anna Mastínková are displayed on the walls. This is the first of many similar exhibitions which will accompany the workshops and lectures about the artists and their work. But there are many other activities which take place here – breakfasts with self-development coaches, jazz nights, yoga lessons; the list goes on.

After its launch, the project quickly became successful — which was imperative for its continuing survival. Altová took out a small loan and used it to finance basic equipment for the space. The sole employee is a man who “constructs and repairs everything here. He is a former mining engineer, so he is perfect for us. He understands everything from electricity to radioactivity. We need that, as there are guys here who use a laser saw, while I use an old-fashioned gas and burner!” She laughs in speaking about the various people who support her, which have included over 50 volunteers so far. Jaroslav Dušek gave a benefit speech during the opening ceremony, so the project quickly received the much-needed attention. KultiVAR also collaborates with Liberec’s community garden, as well as being directly aided by the bookseller Martin Fryč. The architect who designed and furnished the space did so mostly out of charity, their graphic artist worked just for the experience, the company who cleaned their floors gave them a large discount, and the bank offered a custom-fit loan. In addition, KultiVAR receives grant money from the city and other entities.

Of course, a great deal of work has already gone into the whole project. In the initial stages, Altová had to grapple with a certain mistrust from the local community. “Paradoxically, it was my extended family who were the most skeptical. They just couldn’t believe that people might want something like this.” When it became a success, competition immediately sprang up, and Altová has become quite distraught over her struggle for attention so quickly after her initial launch. Furthermore, she has to deal with the space’s uncomfortable humidity, and also struggle with limited time. Altová is on maternity leave, and does everything more or less by herself. The weather also causes trouble. When it is nice outside, everyone goes biking, to their cottage, or into the mountains. The dreary second half of November, however, offers the perfect weather for KultiVAR and its activities.

For those who are planning a trip to Liberec, the Fryč Book Store spreads cultural awareness by advertising their own cultural events and those of others in a brochure called Živá kultura = Živý Liberec (A Vibrant Culture = A Vibrant Liberec). Other cities could really take inspiration from such an initiative. 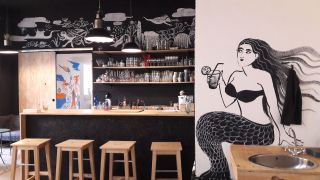 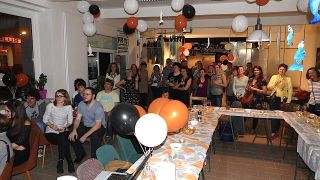 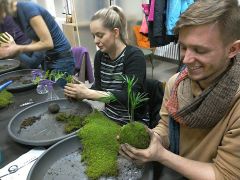 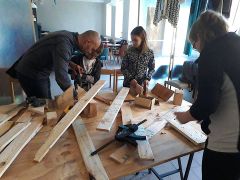 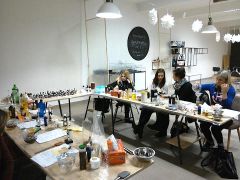