Lenka Střeláková: The obligatory short definition of your praxis as an artist states that you work “between performance art, media installations and cinema to produce live performative works that are hybrids of genres and media, exploring the physicalities of the moving image and the digital image.” You make use of a variety of techniques and specially adapted or adjusted optical devices, but you seem to be more interested in the process of mediation itself. In how our vision, memory, expectations and experience of the world are formed through visual media and technology. Be it analog or digital processing, each implies a different mindset.

Julien Maire: I am of the generation that was totally within this transition, the shift from analog to digital, and I combine them naturally. I am interested in this shift, but in general I primarily wonder what is happening within the optical process, which compresses reality down to two dimensions, and what kind of process it is. This problem is less about capturing the moment and concerns more such questions as: what is perspective? Or: how are we able to draw in 2D? The shift between the 3D object and its 2D projection is something that is present in much of my work, and the process is indeed more important than the result.

LS: I suppose all three of the pieces you exhibited at GAMU belong in this field of research. The Man at Work and Instantanées represent seemingly familiar projection apparatuses with a decisive reversal: instead of a strip of film or slides, there is a series of 3D figures projected, which creates an unusual effect of solidity, and sensually a somehow more delicate image. Step-direction is a kinetic installation that slowly reframes our point of view by expanding out in all directions.

Behind the material production of the pieces, there are certain new and open technologies, such as 3D printing, and other open source hardware and software. This combination, together with older analog or mechanical devices, is obviously useful to you when re-inventing and re-thinking those systems of representation. However, according to you, the system also corresponds with the image.

JM: Within this research when you work with media, mechanisms, optical apparatuses, visual projection systems, etc., you as an artist always have to compare the result with what you have actually used — since it is there as a part of the piece. That’s why I believe it is always important to take into consideration the manner, or let us say, elegance in how you accomplish the image, as well as the process that leads to it. It has the same importance for me as why, for example, you choose to use clay or metal for your piece. In most of my projects, the machines have been opened up, and you can look inside and they are defining components of the works.

For example, in my piece Exploding Camera, the installation is totally trashy, but it deals with an explosion; it’s about war and politics, as well as the mass media’s production of images. It refers to a historical event that took place two days before 9/11, where a successful assassination was pulled off by Al-Qaeda by means of a bomb hidden inside a camera during a supposed interview. The piece Exploding Camera itself is in fact not aesthetic at all, but it fits in with all the processes that are placed together here.

This kind of consistency is also the only rule I apply to my work so that I can make decisions about it. And there are lots of decisions throughout the process. Technological art is mostly made by engineers and that’s why it is sometimes not so good — you cannot improvise as an engineer but you cannot improvise as an artist either. Art is also a job and we have to think about it like that, it is real work for which you need a certain knowledge. It is not just a joke.

LS: It is not, obviously — even if you are joking … which reminds me of another work of yours, a performance called Open Core. Here you also deconstruct a camera but the context is completely different, referring to public anatomical dissections of the renaissance and their curious theatrical, or even magical, spirit, which seems to be another strong inspiration for you. When you work on some new theme, when and how do you decide that you are making an installation or a performance out of it?

JM: I do not make a big distinction between the two. I choose performances to show experiments that are not possible to show in an installation, since they are not in a stable medium, or they are prototypes that are yet to be tested. And my performances are always a bit ironic.

LS: Earlier you revealed some of this irony to me. Hidden inside the Step-direction installation, commenting on the exhibition praxis and the artist’s given task, which is to fill the gallery space. However, performances have obviously more opportunities to deliver irony, or even a particular reference in a more direct way.

In the Open Core performance I took a book by Deleuze called Cinema 1: The Movement Image. The book cover is black on the back, and white on the front. I used a machine to flip the book back and forth, and used a camera to film it, which creates a flickering effect. This flicker is then projected using a video projector. But the projector itself is transformed, so that you can load it with film, situated in between the lamp and the objective. And suddenly, a book by Deleuze that deals with the moving image, is actually making the flickering effect on a background that allows you to show the film as a moving image.

It completely intertwines these media with the system of lecturing, here recalling an anatomy lesson. So that, in the end, I open up the camera, as well as the camera sensor, and then you can see a giant needle destroying the camera, so it’s really like an operation. The performance is ironic, as it is constructed from concepts that do not fit together. But the result of it is quite interesting, it’s not simply a joke. I try to construct a very clear idea here and — in spite of the fact that it is born from trash and there are many jokes — it makes some sense in the end. This is how I work.

LS: We were talking about the process of mediation already, but with this piece we are opening the question of spectacularity, which you often work with and explore. When using new media one would probably try to attain spectacularity via the cardinal qualities of the medium, such as superior image resolution or speed. Whereas your pieces arouse true astonishment or amazement of the spectacular in the viewer by doing the opposite, employing instead slowness and low resolution.

JM: I am totally amazed by high resolution, but in the end it is like with, let’s say, Pre-Raphaelite paintings which are wonderfully made, but after a while you just ask yourself if the high degree of refinement is really so important. Too much perfection kills everything.

The question of spectacularity, the impression of the spectator, and the way of falling for fiction, are some of my long-term interests. How can we trust a fiction and why do we trust it? It is not only a question of analog or digital. A bit of dust stuck in an old projector can also destroy the fiction, as well as some imperfection appearing suddenly during a show, and then the magic is lost. I am kind of interested in the imperfections that make you think more about the whole process. Which is, of course, a direction that has certain history in art even within classical media such as painting or sculpture.

Sometimes the mode of the fiction is very simple and the spectator just follows along, and sometimes it’s just ridiculous, as in the case of the singing fountains. Everything is set up and everything is fake. However, I also like the idea of faking in performing art. For the performance Model for the Apocalypse I developed special “slow motion” material that is shaped in front of the audience, and that disintegrates afterwards into slow motion. Spectators see this performance as a live video transmission on a screen first, and of course, nobody is surprised. Afterward, their mediated vision is confronted with an immediate, real-time perception, and they understand that this is not the special effect they expected and which they interpreted this way because of their past experience with media. This is the kind of spectacularity I am interested in. The piece works well, since it is unspectacular and spectacular at the same time, alternating between reality and the moving image.

LS: It seems to me that this alternation of the categories of time (or speed) and space (or dimension) and the form of their mediation is the main focus of yours. This, let us say, sort of sophisticated spectacularity in your work is then often framed within the context of cinematography, or rather a possible parallel history of technologically mediated vision. Is your next art project or topic also related to this?

JM: These days, I am interested in a somewhat different field of research: that the media now give a feeling of ubiquity, which leads into issues such as being on two places at the same time. I have this impression that is growing in my mind, but I don’t yet know what form the research will take.

A shorter version of this interview first appeared in Czech in the A2 cultural weekly, #17/2018.

Julien Maire works with new media in his own, singular way, often de-constructing and re-inventing analog apparatuses. He gives them a pataphysical slant, disassembling and inverting the functionality of various perception machines, such as projectors or cameras. As part of his Agosto Residency, he exhibited Inverse Mindset, which took place at Galerie AMU from 19 July – 2 September 2018.

Lenka Střeláková has been critically monitoring the issue of the moving image at the boundaries of cinema, gallery spaces and databases on a long-term basis. As a shadow editor of Artyčok.TV, she is responsible for the segment of online exhibitions and presentations. She is also the editor-in-chief of jlbjlt.net [jelibojelito], an information portal or “cultural diary” dedicated to Czech independent culture scene, and the editor of Artlist.cz, a database charting the development of contemporary Czech art. Střeláková is a graduate in philosophical and art theoretical studies from the Faculty of Humanities at Charles University, and is also a graduate of the Academy of Arts, Architecture and Design in Prague. 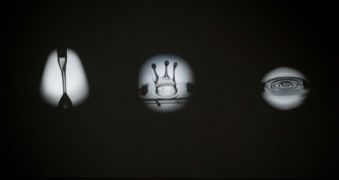 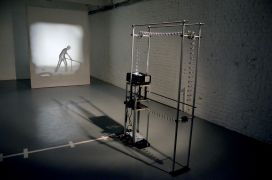 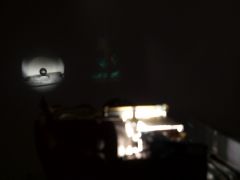 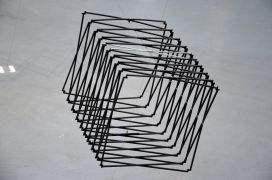 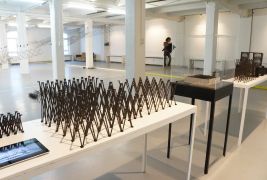 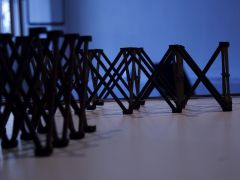