A Contribution to the Vs. Interpretation symposium
NOD, Prague, 17 July, 2014

The collective jam sessions by Black Market were not reflected as *improvisations* but rather as the *art of en-countering*, as the *art of weaving a network* where the participants act in mutual inter-action, right in the present, right here, right now — see Martin Buber’s motto: “Encountering does not happen in time and space; time and space belong to encountering…”.

To clarify this difference, let us analyze the term improvisation.

The dictionary definition of improvisation can be summed up as follows: playing without notes, performing without a scenario, an action without instructions. (Does acting without rules also fall into this definition?)

All of this is often perceived with contempt, as if no order automatically means dis-order.

It is worth noting that the etymological analysis of the word gives us different meanings:

Therefore: anticipating the unexpected, foreseeing ahead, the occurrence of the unforeseen, the appearance of a vision.

Here we run into a contradiction between the ingrained interpretation of the word and its fundamental intrinsic meaning.

On the other hand, it looks for reference points in the future, pre-determines itself and pre-dicts and anti-cipates what is about to come, as if the un-expected were to instill fear.

As if the transition between the future and the past were some sort of ephemeral provisorium, as if transience were something un-certain, a dreaded “edge”, a horryfing “slit”.

When, in fact, the trans-forming and trans-muting here and now is the only enduring certainty.

Moreover, we do not have to passively accept what is coming our way and treat it as a coincidence, but welcome it as a an open opportunity we can actively play with.

Here and now is a key feature of mindful existence and active participation in our world’s events.

Therefore, the art of presentation — presenting ourselves in the present as if giving a gift—is, above all, about reality realized indeed in deed.

The school of attention focuses exactly on this key-point.

In an open situation, it develops playing — not in terms of pre-tending, but playful playing.

At the same time, it is about doing the right thing at the right place and the right time, accepting full responsibility for our actions.

This is how we can truly spontaneously (from an immediate impulse or our mood) get in touch with the essence of being and apparition of reality, take part in the ad-venture of the constant process of changing one’s self as ourselves as well as the world per se …. 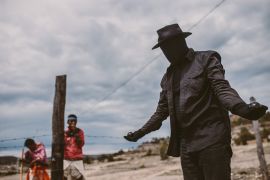 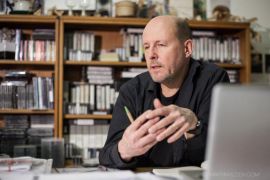