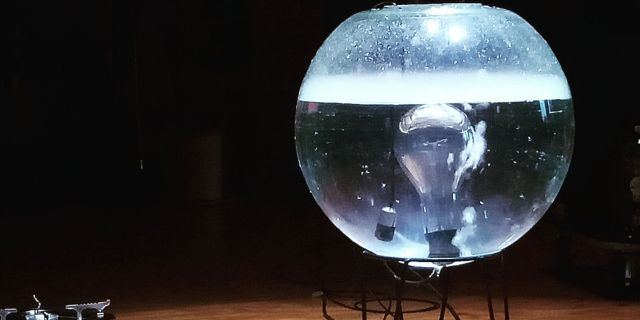 Sonic Circuits comprises a series of performances and events that take place in the lecture hall of the Stone Bell House, the Colloredo-Mansfeld Hall, and in the public space. The program offers visitors a unique opportunity to get familiar with the multifaceted work of Czech and foreign artists, some of whom work with sound within the context of the visual arts, while others examine sound as a theme within space-time, or as mathematical, performative, environmental or social contexts. 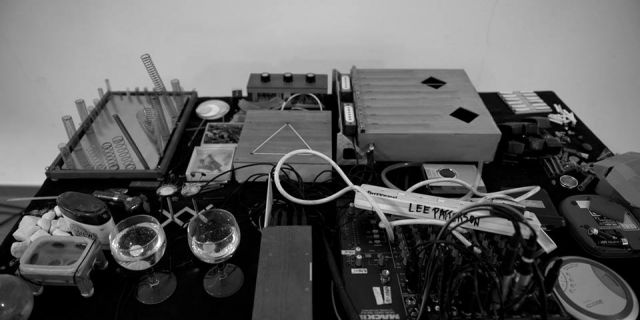 Lee Patterson (b.1971) is a British musician, sound artist and maker of experimental musical instruments. He creates the amplified devices and processes with which he performs through the use of sound recording as a form of ear training. Whether working live with amplification or recording within an environment, Patterson has pioneered a range of methods to produce or uncover complex sounds in unexpected places. Using elements as diverse as chalk, springs, burning nuts, aquatic plants and insects, he eavesdrops upon these objects and situations otherwise considered mute, playing them as if they were musical instruments.

Video from a concert that took place at GHMP Stone Bell House, 26 March, 2019. 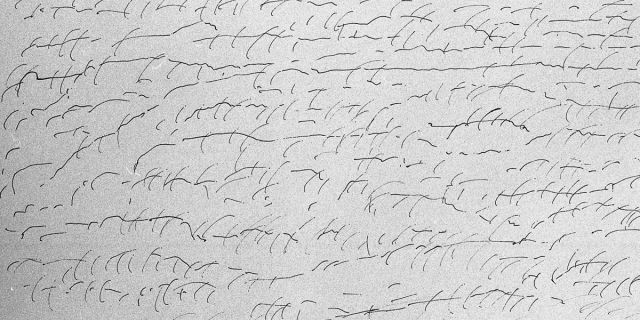 In her drawings, leading Czech artist Inge Kosková expresses relationships with people and the landscape; depicts structures and rhythms, and captures the feelings of the body. Lately, she has worked especially by concentrating on recordings of music and her own mantras. She “writes” sound by drawing it. Mostly, she addresses the work of Leoš Janáček, but she also works with mantras and yoga. Drawing almost exclusively with ink or graphite on paper, the movements of Kosková’s hand over the paper are directed by sound. The temporality of sound is transformed into writing and drawing — the passing of time and the order of sounds are captured in the structures of the drawings. The continuous flow of sound has lead to her experiments with infinite lengths of paper, serving as another creative challenge for her.

Galerie Tapeta is a joint project of ArtMap Bookstore and the Agosto Foundation.