The beautiful scene below him was probably the most hazadous spot on earth for the Executioner - at this particular moment. But it was the one scene he had been hoping to find, the mob´s Bohemian hardsite and the peril awaiting him there was merely another calculated risk in an impossible war which could end only with his death. And as he systematically set them up and knocked them down the Executioner´s understanding of this curious enemy deepened. He learned to think as they thought, speak as they spoke. He became a master at deception and manipulation, and the death blows began to reveberate throughout the entire empire of syndicated evil..."

from the original concept of the project:

"Fairy-Tales" is an international symposium of visual artists addressing forms of narrative both conditioned by and distinct from contemporary communications technologies. The symposium will be held at the Center for Metamedia/Hermit Foundation, an international, interdisciplinary cultural center located in Plasy, Czech Republic. The Centers programs provide artists and scholars of all disciplines with a setting at the Plasy Monastery for experimentation, the creation of new work, research, meetings, as well as opportunities for open dialogue and new forms of collaboration.
The Center enjoys the support of the Institute for Historic Monuments-Plzen, the Czech Ministry of Culture, the town of Plasy, Pro Helvetia Foundation, Prins Bernhard Fund, and The Soros Foundations, ResArtis - Kaleidoscope Program of the European Union, and with the cooperation of Gulliver Connects of the European Cultural Foundation.
An international selection of artists, each combining various media through a multidisciplinary practice, will meet at the CMM, during the month of September, to examine and explore their relation to (and understanding of) contemporary narrative structures in the visual arts. Conjoining one of the oldest forms of narrative - the fairy tale - with the current and historical contexts of western Bohemia, the symposium will investigate the idea of the real as we assimilate it through various sources of information, addressing the narratives that construct a reality and simultaneously mediate its apprehension. During their residency at the CMM, the artists will develop works addressing this theme within a collaborative environment encouraging the exchange of ideas across cultural and disciplinary boundaries.
Informal exchange among the artists will be fostered by the setting at the CMM where the artists and organizers share their living and work spaces. More formal occasion for exchange will be provided during public forums organized throughout the month, such as round-table discussions and studio visits. The works will provide the material basis on which these forums will refer and elaborate. In addition, a web site will be created prior to the residencies to initiate a dialogue between the artists participating in the symposium. This web site will provide both a message board facilitating the exchange of ideas between the artists prior to their residency at the CMM, as well as an archive of texts, images, and other material serving to document both the development of the symposium as well as the event itself.
A catalogue will be produced documenting the development of the artists projects at the Center and will incorporate critical and theoretical texts elaborating on the concept of the fairy tale. The website provides a vehicle for a series of conversations between participating artists, curators, critics and others through its online message board and virtual reading room. This ongoing forum addresses contemporary forms of narrative with regard to the cultural, historical, theoretical and technological contexts through which they signify.
The virtual reading room is a searchable archive for texts and images referenced by postings to the message board. Participants receive Center for Metamedia - Projects http://www.hermit.cz/docs/pro.htm (3 of 11) [17.1.2000 0:44:53] updates of postings to the server's message board via e-mail. In addition to facilitating a series of dialogues between the participants prior to their residency at the CMM, the site also provides the opportunity to broadcast via the internet performances and panel discussions held at the CMM during the residency.
Finally, a catalogue will be produced from a combination of postings made to message board material deposited in the archive, and documentation of symposium's activities.
(source: www.hermit.cz, 1999)

The symposium project was organized in close cooperation with the National Heritage Institute of the Czech Republic, Municipal Council of Town Plasy, Žihle and the management of the Plasy Monastery National Monument

Symposium Fairy-Tales was the last project, realised by Centrum for Metamedia Plasy. The idea to invite the New York based curator Denise Carvalho came from Martin Zet, or Charlie Citron, who met her during their residency. The artists invited by Denise met there with those who were already in the monastery for the art residency or came later: [Mare Tralla], Gail Pickering, Mercedes Bergliaffa, Melissa Laing, Stephanie Syjuco, Medime Sovan Kumar, Michael Crockford, Avdey Ter Oganyan 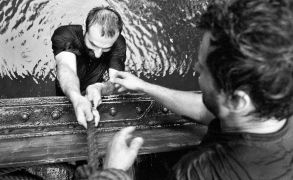 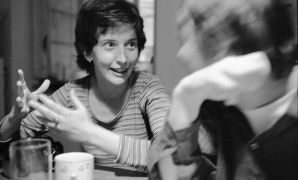 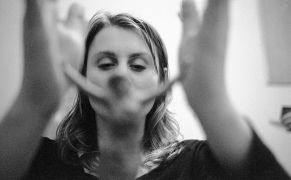 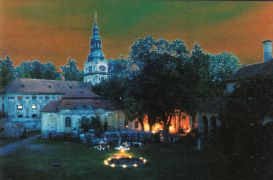 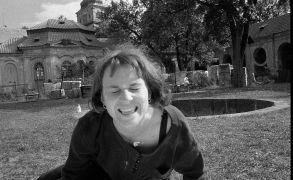 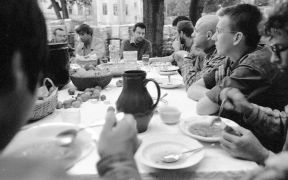 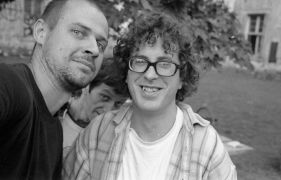