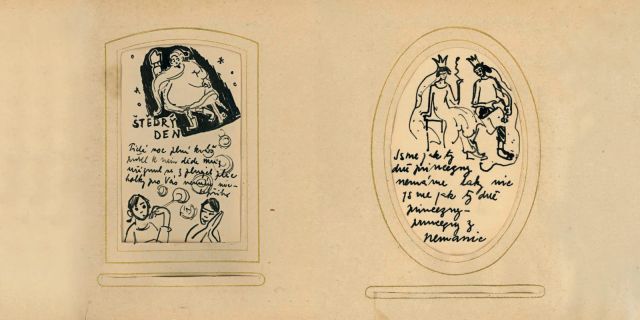 Poetry and Drawings of Květa Válová

A new book published by the Agosto Foundaton

We are pleased to announce the publication of a new book of poetry and drawings called Básně a kresby / Poetry and Drawings of Květa Válová (from a photo album, 1953-55), in collaboration with Dagmar Šubrtová and Antonín Petruželka and the support of the Ministry of Culture of the Czech Republic.

Along with the two sisters in the poem, we wish everyone a Merry Christmas!

Editorial notes and a few words were provided by Dagmar Šubrtová and Antonín Petruželka, and the book and covers were designed by Hedvika Marešová. The book was printed in a first edition of 300 by Calamarus, s.r.o. We wish to especially thank Marie Vydrová and the Válová sisters estate for their permission. 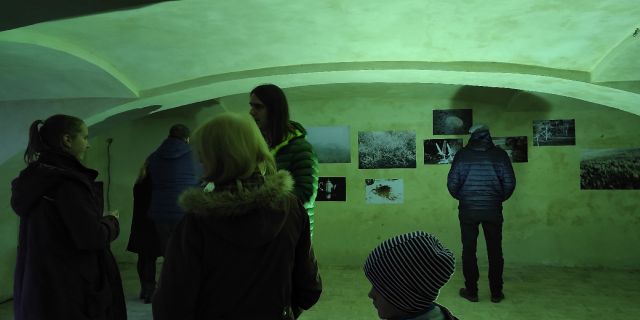 A Space for Timelessness

The Löblhof & Artgrund art studio is based in Staňkovice in Litoměřice county, providing space for short-term residencies, symposia, and workshops, in addition to exhibitions in the recently opened Masthall exhibition hall. The V zahradách / In the gardens symposium project focuses on the topic of locality-specific interventions in the form of landscape installations, and the relationship between people and gardens, which it analyzes from various perspectives. The theme of any given year looks at gardens in various ways. Löblhof & Artgrund also provide space for relaxation and reclaim a sense of tradition and rural life. It is a creative space which cultivates a timeless atmosphere, one without which people cannot live to their fullest. 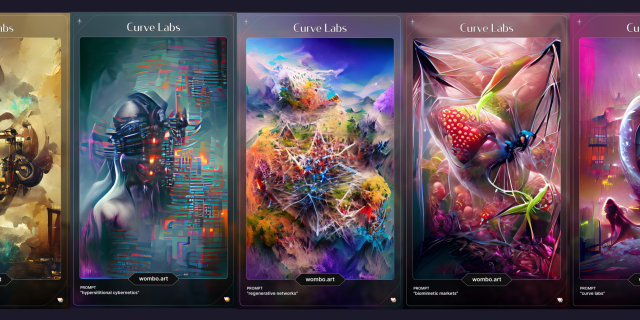 Dustin Breitling sits down with CurveLabs’ Cem F Dagdelen, Patrick Rawson, and Louise Borreani to speak about the role blockchain can play in the sustainability and resilience of inhuman ecosystems.

This article is the second part of a series. You can find Part I at this link. 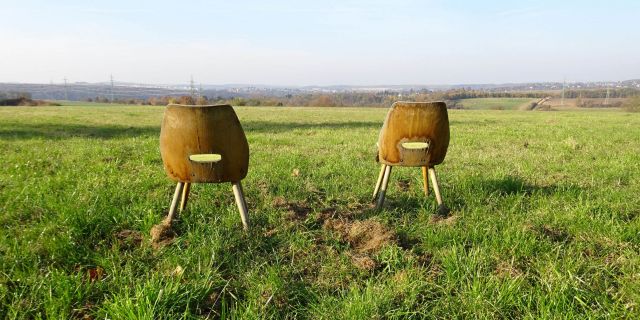 This article was written by the social geographers, Alois Hynek and Tomáš Hendrych, who were working at the Department of Geography of the Faculty of Natural Sciences and Pedagogy of the Technical University of Liberec in 2006. It was presented in České Budějovice at a conference of the Czech Geographical Society in 2006 and later appeared in the Anthology of the Czech Geographical Society, vol. 113, no. 2, 2008. The full article is available only in Czech, but we have provided a summary in English. 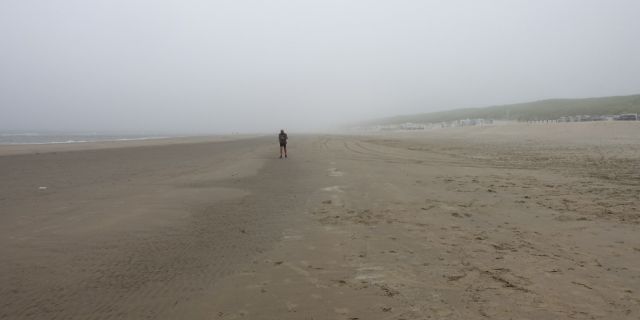 Sounds cannot be collected or understood. As soon as we want to put a limit on the sound, we remove it from its essence, which includes limitless uncertainty. The temporal limits of sound are qualitative and, besides the perceived sound itself, are related to the whole sound environment and the perceived world in a wider sense. It is partly woven arbitrarily, but with attention. This is also true for the spatial limits of sound, which has a certain (measurable) place within the sound field, but in terms of hearing, we are not always sure where the sound comes from, what the source is.
— Daniela Šterbáková

(The article is available only in Slovak.)