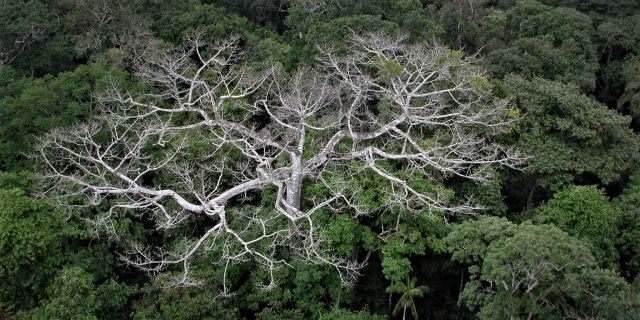 The sound performances of Francisco López are something beyond a “normal” music concert. An intense and rich sonic immersive experience in the dark, with a surround multi-channel sound system and blindfolds provided for the audience. Virtual worlds of sound created out of a myriad of original sources collected all over the world – from rainforests and deserts to factories and buildings from multiple locations – and mutated and evolved during years of studio work through the master compositional skills of López's universe. López is internationally recognized as one of the main figures on the stage of sound art and experimental music. His experience in the field of sound creation and work with environmental recordings covers a period of almost forty years, during which he has developed an impressive sound universe that is completely personal and iconoclastic and based on profound listening to the world. 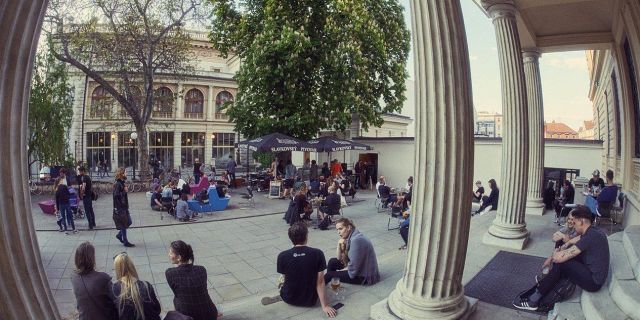 For the 3rd annual Perpedes grant program, the foundation recieved a total of 79 nominations. The selection process took place in two rounds, resulting in the selection of 9 projects for grant support. The Foundation will support the selected associations, initiatives or individuals with a total sum of 630,000 CZK, each project receiving 70,000 CZK.

During the selection process the committee placed emphasis on interdisciplinary artistic collaborations that include an educational element which have the potential to produce a positive effect on their local communities. 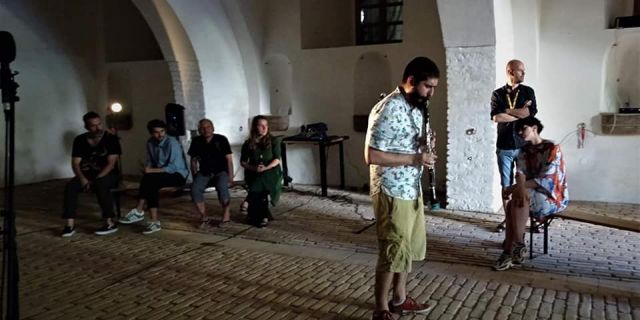 If you have ecological or other reasons for not going on the traditional pilgrimage to the Venice Biennale along with hundreds of thousands of other tourists, this June there was a good alternative right in central Bohemia. The first ever Benátky Biennial has taken place in the baroque spaces of the Benátky nad Jizerou chateau from 25–28 June. This festival of “art and permaculture” featured performances, film screenings, workshops and sound walks, but also included discussions on the topic of ecology and its relation to artistic production. The organizers used this principle: “The task was as follows: start something new from scratch, try to get out of your comfort zone, do something for others and stop thinking about yourself.” 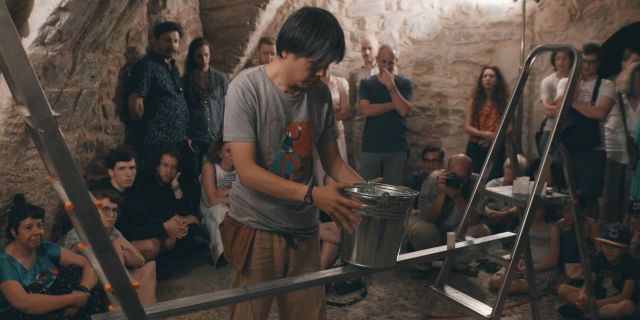 Tetsuya Umeda (b. 1980) one of the leading artists working with sound installation and performance, is based in Osaka, Japan. Umeda employs minimal electronic means to produce sound from everyday objects, such as balloons, fans, tin cans and dog whistles, in a transparent process that takes place before the viewers' eyes. The resulting effect is that of an experimental sound laboratory that exposes viewers — as both witnesses and partners — to the entire process of sound production, and to the surprising discoveries that ensue during each unique event. 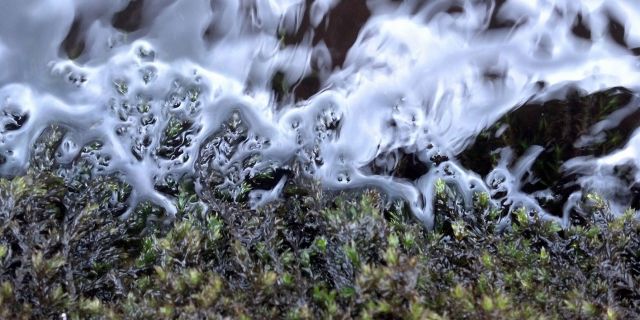 At the beginning of June, a conference on the pressing theme of Art in the Anthropocene took place in Dublin, Ireland. This term, though already commonly used in the media, is still rather new and sometimes criticised. It defines a period in which human activities become one of the main foreces fundamentally influencing the global ecosystem of the Earth. The three-day conference focused on various approaches and themes, especially as they relate to art and education.

A report from the conference by Michal Kindernay. 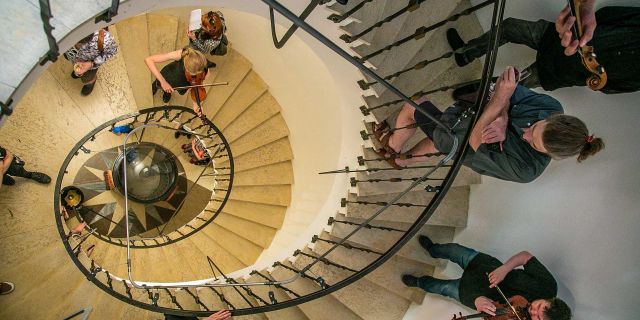 The mission of the Agosto Foundation is specifically framed so as to support the effective and responsible development of diverse forms of art, media, and other creative activities. The Foundation’s grant support and activities place special emphasis on “methods of improvisation” that apply experimental and interdisciplinary practices and draw upon knowledge from various schools and traditions.

We are pleased to announce the availability of our new billingual 2018 Annual Report, which you can download below.

Annual Report 2018 (in English and Czech)